Hove is a fast-growing installation company and has been active in the industry as an organization for two years. The Hove professionals take (ongoing) maintenance of your central heating boiler off your hands and are available 24/7 to provide you with heat.

“I gained experience in the industry for 15 years, after which I decided two years ago to start my own business. I already had a huge network at that time, and I always had assignments to work with. Ultimately, this led to us growing to a team of twelve employees in a year and a half.”

“Until the moment we kept the business running with eight people, I was able to arrange it well, and things were reasonably clear. However, when my company gained more employees, it became confusing for me. It became increasingly important to record our affairs. There was a tipping point that we had to work more efficiently since the administrative burden was costing more than it yielded. I then examined the organization together with an interim manager. This has shown that it is important to record activities and the information I had in my head so that the organization continues to run even when I am not present.” 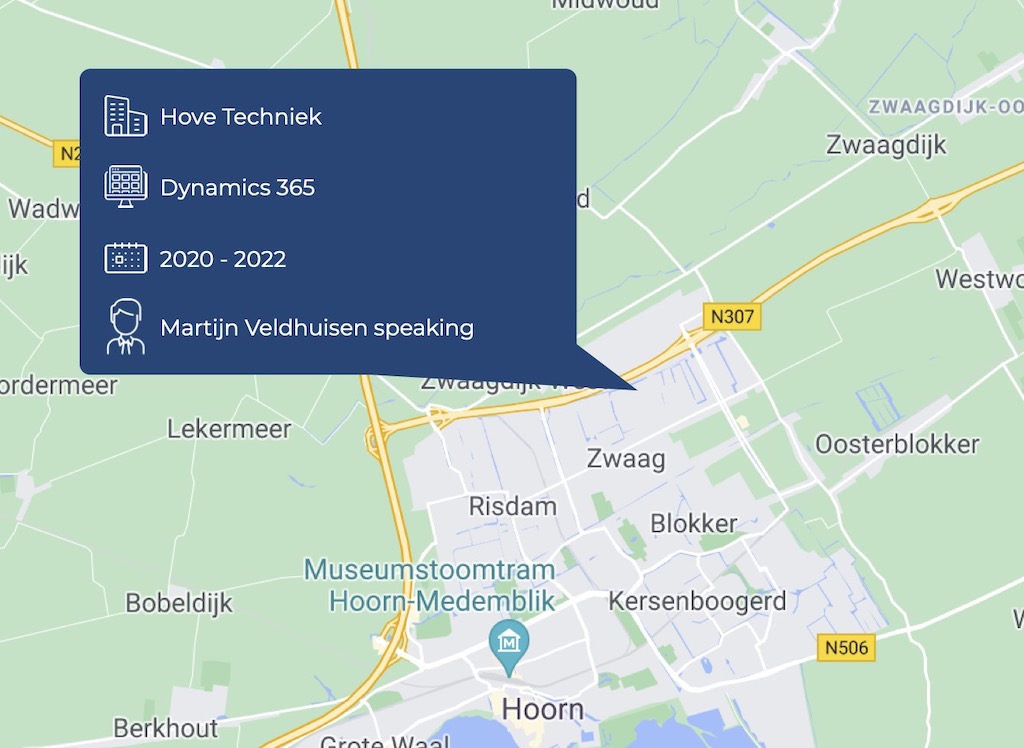 How did Hove end up at Bluace?

“I soon knew that I wanted to go for a solution in the cloud because I also like to use the software when I’m not at the office. However, finding a suitable implementation partner turned out to be more difficult than expected since there were not that many providers yet. In the end, I got in touch with Bluace, and they were able to fulfill my wish for the cloud. Ultimately, the unique sales process with striking thoroughness and steadfastness was the deciding factor for me.”

“Standing still is going backward. With Bluace, we can keep up the pace and make a difference.”

How has the process with Bluace been so far?

“We are very similar when it comes to stubbornness and the pace at which we work. Standing still is going backward, and it is important to my organization that steps are taken quickly to move forward. With Bluace, we can keep up that pace and make a difference. In addition, we do not have a 9-to-5 mentality at Hove, and that is either not the case at Bluace. Even in the early or late hours, I can get hold of the right Bluace employees if necessary. I work with people and not with an organization that works very pleasantly and effectively. I was looking for a long-term partnership to stimulate our organizational growth, and I found it at Bluace.” 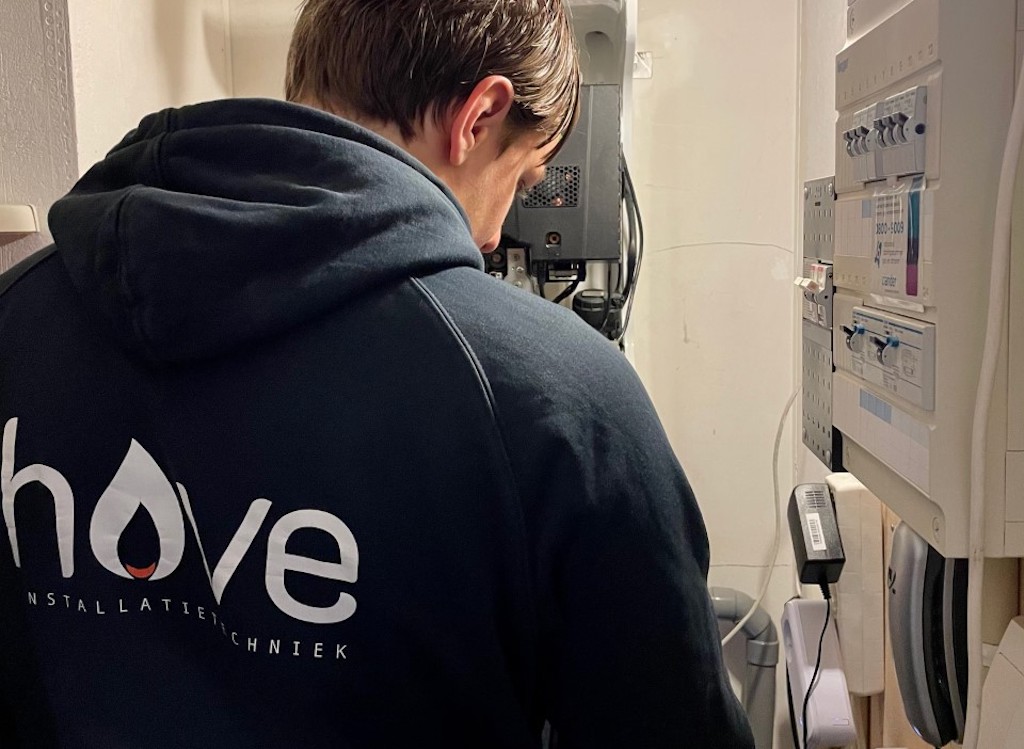 “As a result, we now have more insight into when something goes wrong and therefore have the opportunity to intervene earlier, which ultimately improved profitability enormously.” 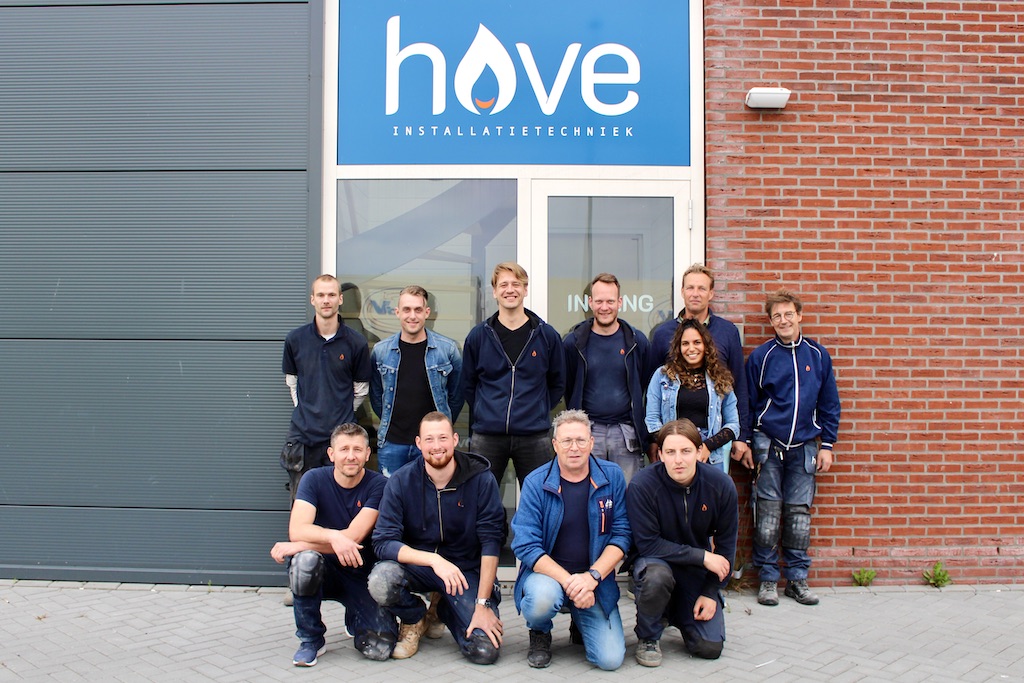 What has the solution brought you so far?

“The intention is that the complete administration, project monitoring, and processing of our work orders are covered with the Dynamics Business Central platform. As a result, we now have more insight into when something goes wrong and therefore have the opportunity to intervene earlier, which ultimately improved profitability enormously. In addition, we had previously outsourced quite a bit, which we have now managed and automated again. As a result, handling is now a lot easier. The scan and recognition software will also save us much time when processing purchase invoices.”

Are you interested in a similar process for your company?

We are happy to show you the possibilities of our service and maintenance software. Please feel free to contact us.

We take your right to privacy seriously at Bluace. We place a few cookies that are needed to help our website function properly. Below we have specified which permissions you can grant or withdraw.

Videos on this website are provided from the YouTube or Vimeo streaming video service. YouTube may show you personalised adverts preceding the actual video you want to watch. This consent is optional, but required if you wish to view videos directly on this website.You may wonder, why can I watch vimeo without this consent? Vimeo has an anonymous function which allows us to display the videos without cookies.

You probably use Facebook or LinkedIn and also, you probably use Google from time to time to search for stuff. Then, you’ll know that they have advertisements on there. To make those less annoying (i.e. more personalised), we use a number of services on our website.

We use Google Analytics to anonymously collect information about how our website is being used. Data is anonymised before it is stored and processed. To anonymise the data the last octet of your IP address is masked. Information collected is not shared with other Google services or third parties.

You want a pretty and quick website, right? Our (WordPress) website uses a cookie during your visit to our website to check if your browser supports cookies. We kind of need those cookies, because it makes your visit much nicer by remembering personal preferences, quicker performance and loading the correct fonts from Google to properly represent our branding (which we hope you think is pretty, too).